Our founder, M. Fred Westfall, has based his career on a firm commitment to quality in his projects, combined with integrity and fairness in dealing with his clients and subcontractors. He has built a company that is known for its ability to tackle the tough assignments – whether they involve an extremely tight schedule, limited funds, complicated building systems or all three. His hands-on experience in every facet of construction gives him the ability to structure effective solutions to today’s increasingly complex problems.

We built Westfall Constructors on a reputation for integrity, hard work and professionalism. Our philosophy is and always will be:
“We Do What We Say We Will Do.”

From the Ground Up

Starting his career from the ground up with a nationally recognized construction company, Westfall’s career advanced steadily through the ranks to the position of Executive Vice President and as a member of its Board of Directors. During the building boom of the seventies and eighties, Mr. Westfall was a recognized industry leader as project executive on the 71-story Wells Fargo Plaza building in Houston as well as many other iconic building projects. In 1985, seasoned with a wealth of hands on experience, Mr. Westfall formed Westfall Constructors which boasts an impressive following of repeat clients in every area of the industry.

As one owner put it, “When you look at Fred Westfall’s record and reputation you see the picture of a guy who is, above all, competent and knowledgeable about construction operations and devoted to old fashioned hard work, careful rather than flamboyant or daring. The picture is simply one of a good, solid construction man who knows how to succeed.” 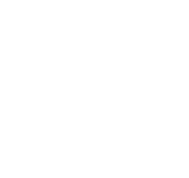 Their team is committed to providing a professional and safe environment for the duration of the project and has been a pleasure to work with.